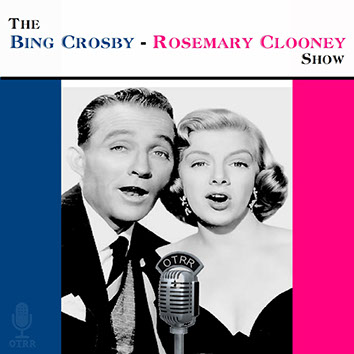 In 1960, Bing Crosby and Rosemary Clooney teamed together in The Bing Crosby – Rosemary Clooney Show on CBS. This was a 20 minute show aimed at female listeners and was broadcast at 11:40 a.m. daily. Bing and Rosie would tape the dialogue weeks in advance and songs would be interpolated.

The songs would usually feature Bing and Rosie singing solos and often a duet. Songs were repeated on many occasions. Murdo MacKenzie was again the producer. The shows commenced on February 29, 1960 and continued without a break until November 2, 1962 when Bing’s long association with radio in the USA effectively ended.