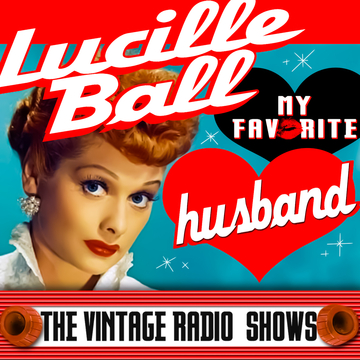 My Favorite Husband is the name of an American radio program. The original radio show, co-starring Lucille Ball, was the initial basis for what evolved into the groundbreaking TV sitcom I Love Lucy. The series was based on the 1940 novel Mr. and Mrs. Cugat, written by Isabel Scott Rorick

My Favorite Husband began on CBS Radio with Lucille Ball and Richard Denning as Liz and George Cugat. After a few early episodes, confusion with bandleader Xavier Cugat prompted a name change to Liz and George Cooper. The cheerful couple lived at 321 Bundy Drive in the fictitious city of Sheridan Falls and were billed as “two people who live together and like it.”

The main sponsor was General Foods’ Jell-O, and an average of three “plugs” for Jell-O were made in each episode, including Lucille Ball’s usual sign-on, “Jell-O, everybody!” The 1948 radio version opened with: