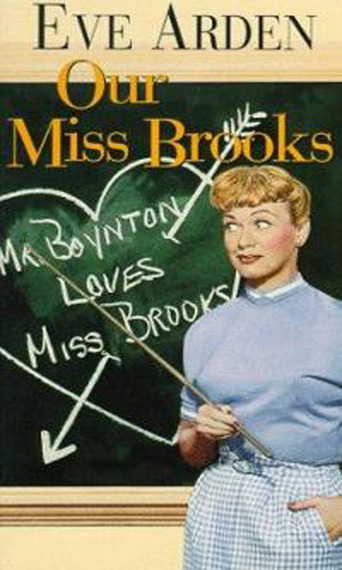 Our Miss Brooks was a hit on radio from the outset; within eight months of its launch as a regular series, the show landed several honors, including four for Eve Arden, who won polls in four individual publications of the time. Arden had actually been the third choice to play the title role. Harry Ackerman, at the time CBS’s West Coast director of programming, wanted Shirley Booth for the part, but as he told historian Gerald Nachman many years later, he realized Booth was too focused on the underpaid downside of public school teaching at the time to have fun with the role.

Lucille Ball was believed to be the next choice, but she was already committed to My Favorite Husband and didn’t audition. Then CBS chairman Bill Paley, who was friendly with Arden, persuaded her to audition for the part. With a slightly rewritten audition script—Osgood Conklin, for example, was originally written as a school board president but was now written as the incoming new Madison principal—Arden agreed to give the newly-revamped show a try.[2]